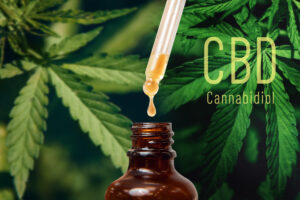 Cannabidiol which has been shorten for “CBD” is a compound produced by the cannabis plant, which is quickly growing in popularity and becoming the most talked about subject around the world. It is one of many different molecules called cannabinoids that are found in the cannabis plant. Cannabidiol has been shortened to CBD simply because it’s customary for cannabinoids to have a three-letter designation, such as THC for tetrahydrocannabinol, CBG for cannabigerol, CBN for cannabinol and so forth. THC is the most famous member of the cannabinoid’s family; it’s the one found in marijuana that causes a high.

CBD oil is finding its way into a variety of products, from tinctures and drops to CBD-infused edibles and CBD balms, as well as a wide range of cosmetics. CBD oil is also becoming popular amongst pet owners who wish to help their pets live healthier lives.

Cannabis is one of a genus of plants known as Cannabaceae. There are two main species of cannabis that are cultivated for human consumption, namely Cannabis Indica and Cannabis Sativa.

Sativa plants are taller and produce more fiber and are therefore the species from which hemp cultivation arose. Indica plants are shorter and bushier and less suitable for farming for either industrial purposes or for production of food, but well-suited for producing medical marijuana.

This product is not for use by or sale to persons under the age of 18. This product should be used only as directed on the label. It should not be used if you are pregnant or nursing. Consult with a physician before use if you have a serious medical condition or use prescription medications. A doctor’s advice should be sought before using this and any supplemental dietary product. These statements have not been evaluated by the FDA. This product is not intended to diagnose, treat, cure or prevent any disease.